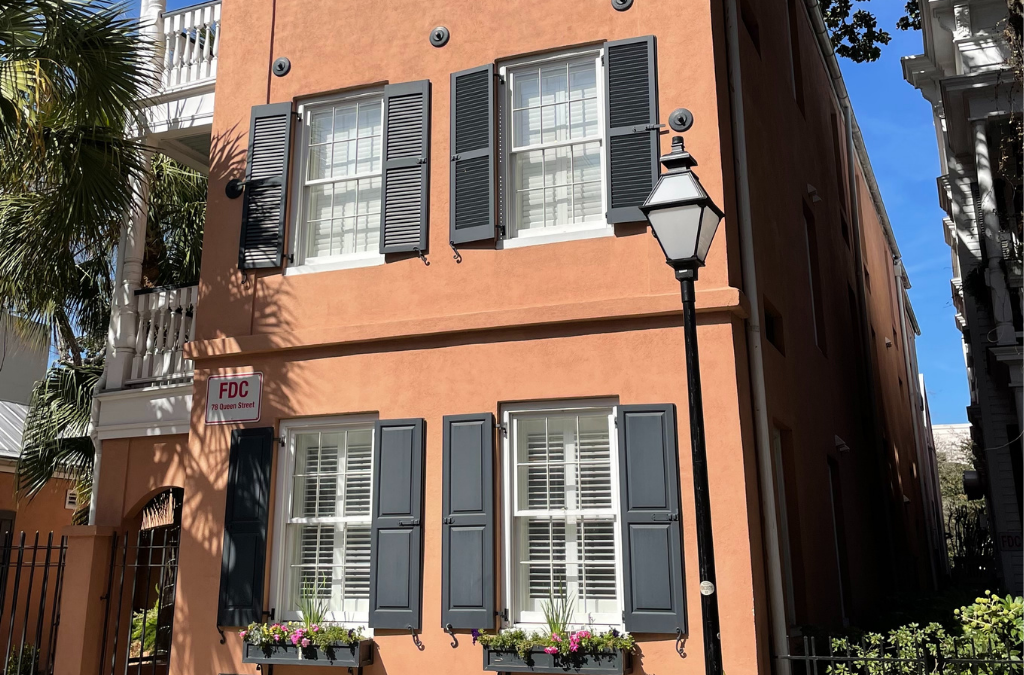 It’s true! You can have one house with different shutters.

A fun fact about shutters is that way back when a lot of the old homes that you find today in Charleston, Virginia, New England, had raised panel, lower shutters and louvered upper shutters on Windows. It was common for 18th century homes to have this combination.

The reason they have different styles is because each style had a different purpose. On the lower portions, people wanted the option to be close off their windows for security. And then on the upper portions, they would want to have the breeze come through. If you think about it, during the summer months, without any air conditioning, it would be a bit warm upstairs. The solution was to use louvered shutters that would allow air to flow much easier.

Another fun fact about shutters of yore, is sometimes the shutters would be different colors. Specifically, the upper shutters would be a dark color. This way, they provide more darkness when they close them. If you were taking a nap in the middle of the day, for example, you would be able to have a little bit less light. Since there are louvers you would still get some airflow and you would have some light coming in anyway. Whereas on the lower floors, people would paint their shutters white (or a light color). That way, if they were closed, it would brighten the space up a little bit more, since most of the light is blocked out by the panels. So, if you had a candle light or tried to see your way around the White would reflect better than if it was a dark shutter on the bottom

While at first glance, it’s sometimes confusing when you see one house with different shutters, now you know the trick. It’s not because the builder ran out of one style! Rather, it was a very important way of creating comfort back in the day.